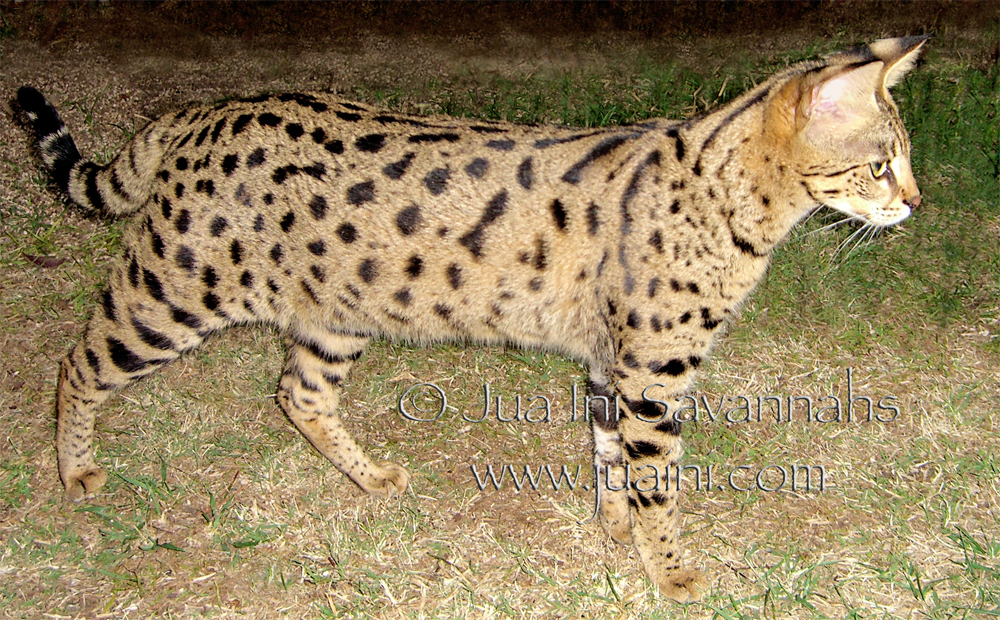 WHAT IS A SAVANNAH CAT?

The Savannah cat is an elegant and dramatically wild looking domestic cat breed, developed by crossing a domestic cat (Felis Silvestris Catus aka Felis Domesticus) and an African Serval (Felis Leptailurus Serval). The resulting hybrid domestic cat, and the consecutive generations of domestic cats, have many of the Serval’s unique traits, including beautifully spotted coats, long, lean bodies, legs and necks, a somewhat shorter tail, and large, upright ears.

The Savannah cat is a rather new breed, and immensely popular but still somewhat rare. The first recorded Serval/Domestic hybrid kitten was born in 1986. The breed was accepted for registration by The International Cat Association (TICA) in 2001.

As of April 2011, Savannahs were already the fourth most popular cat breed recognized by TICA, the largest pedigreed cat registry in the world. Starting in May 2012, eligible SBT Savannahs are entered in TICA cat shows as a championship breed.

Several domestic cat breeds have been crossed with servals to create the foundation domestic hybrids. In TICA, the Egyptian Mau, Oriental Shorthair, Ocicat and Domestic Shorthair are permissible outcrosses for Savannah breeding programs. Sometimes “nonpermissible” outcrosses have also been used, most commonly the Bengal (for vivid spotting and color), and the Maine Coon (for size). Since many of the earliest Savannah breeders were breeding Bengals first, most Savannahs currently in existence have some percentage of Bengal in their ancestry. The nonpermissible status falls away after three generations of breeding without using a nonpermissible breed.

Most breeders now breed Savannahs to Savannahs, but some may use outcross breeds for the first cross with the serval, or when an outcross offers specific traits beneficial to their breeding program.

Most early generation (F1, F2…) Savannahs possess many pronounced serval traits, which diminish somewhat in later generations. The goal of the dedicated Savannah breeder is to retain and enhance the appearance of the Serval (and some of the serval’s charming behavior traits) through selective breeding, along with the amenable temperament and behavior of a domestic cat. 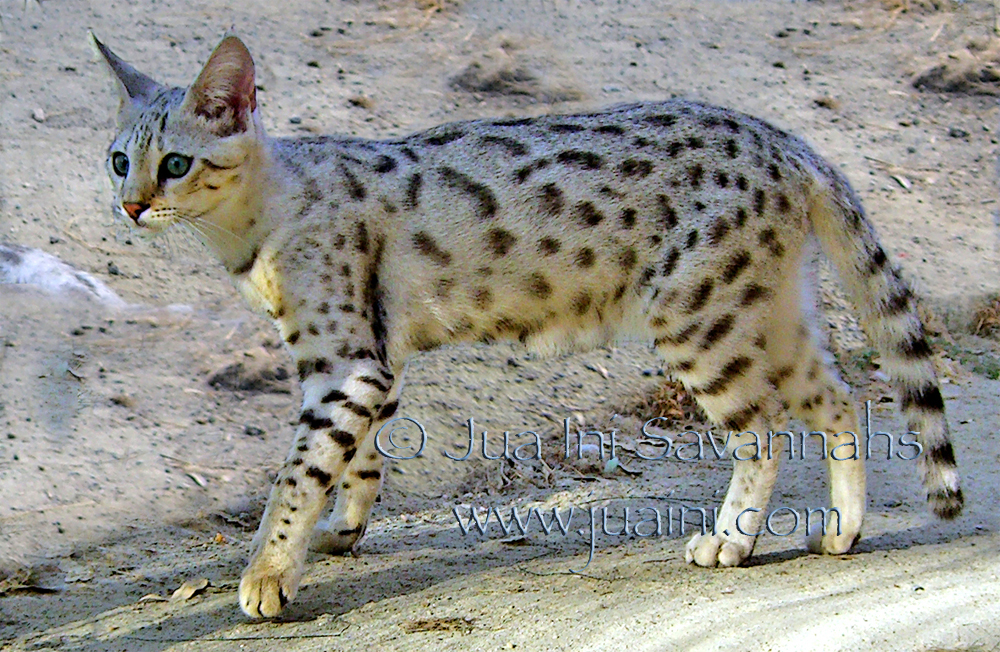